Obey Me! Wiki
Register
Don't have an account?
Sign In
Advertisement
in: In-game Help, Art and Media

The RAD Newspaper Club sends out fun little chat messages to inform the students of some interesting things, such as who is most popular among the student body. Mephistopheles used to be the president of the club, but due to the other club members holding an unscheduled meeting and his previous activities, he was forced to step down as president.

RAD News is an ongoing image series (formatted as newspaper) published on official Obey Me! platforms. They contain extra information about the universe and characters of the game, the process and inspiration for it, as well as the developers behind it. It serves as a Q&A, as they answer questions frequently asked by the fanbase. 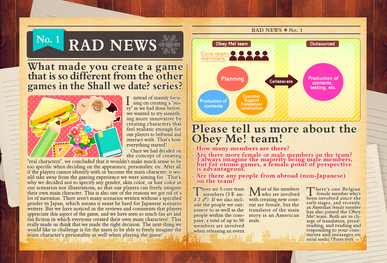 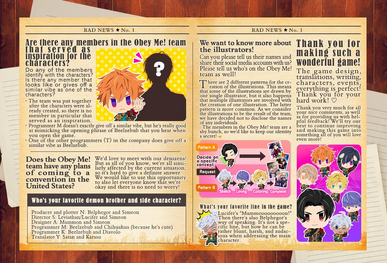 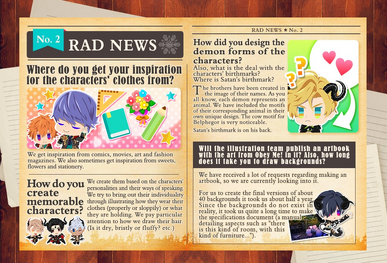 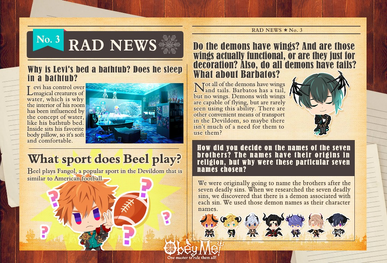 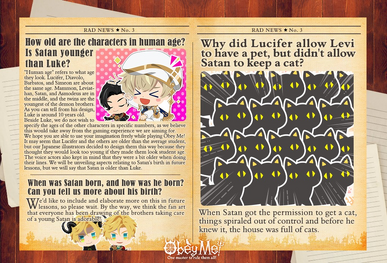 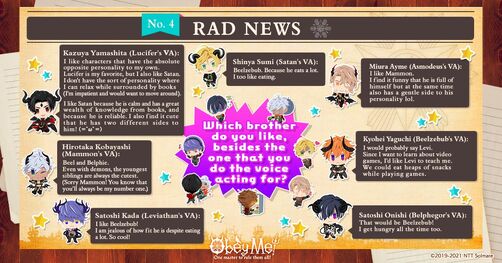 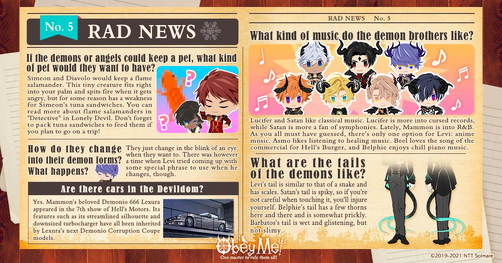 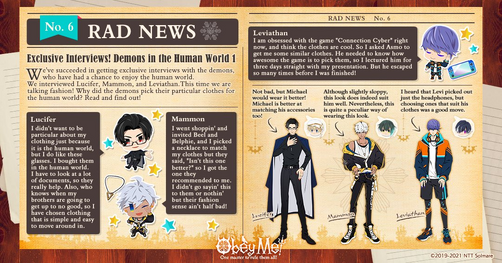 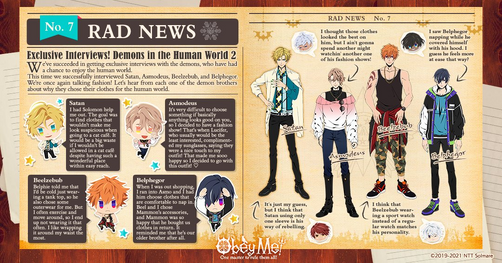 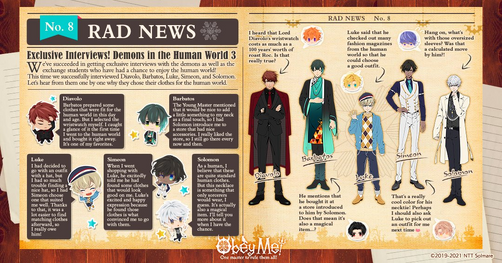 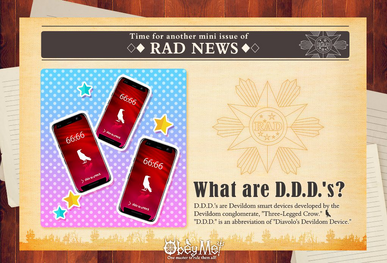 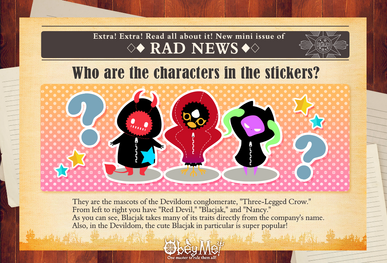 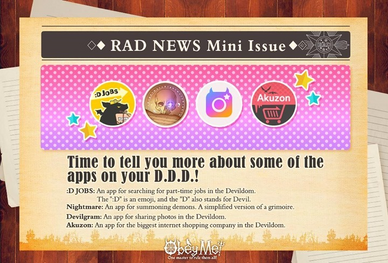 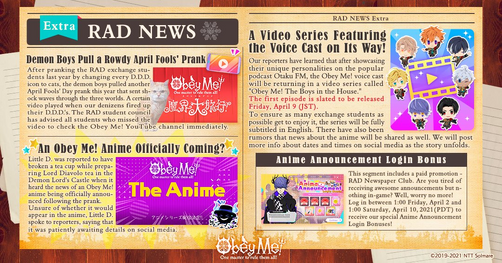 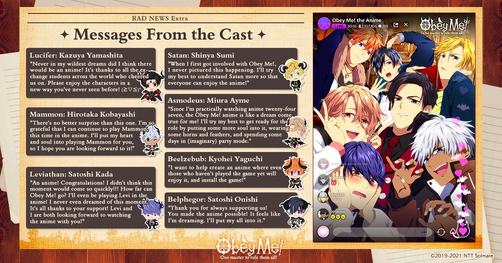 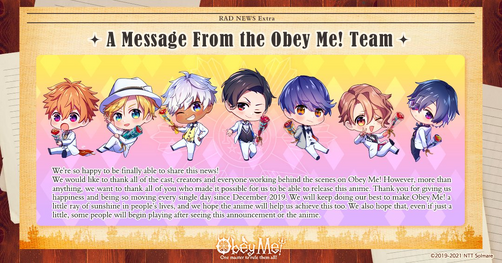 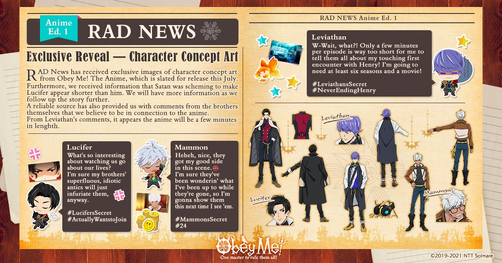 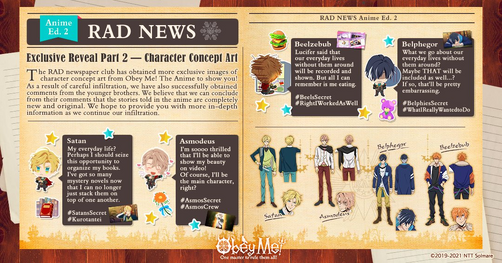 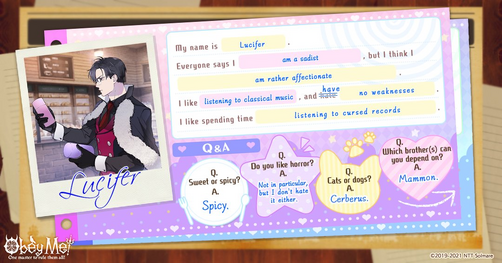 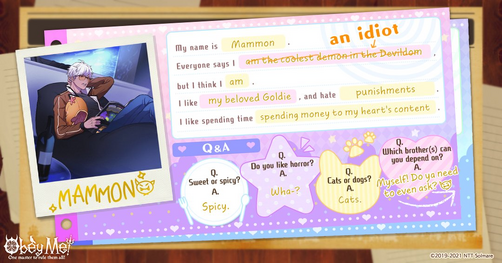 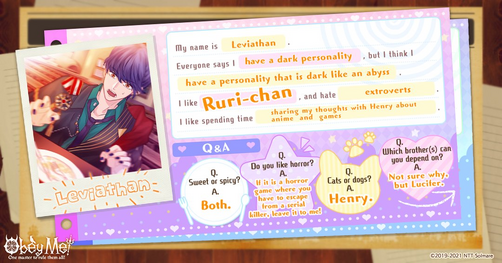 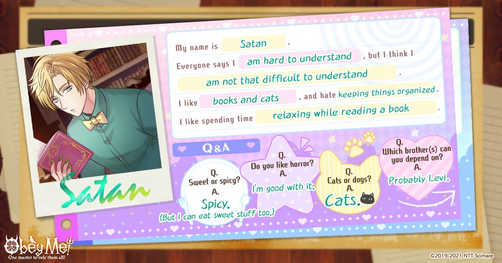 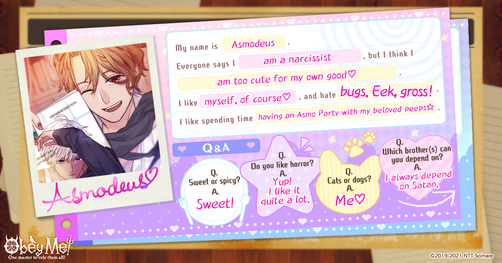 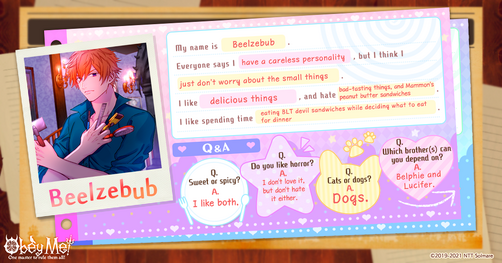 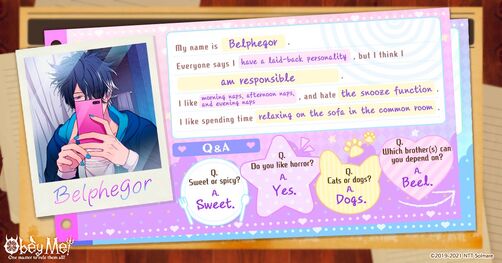 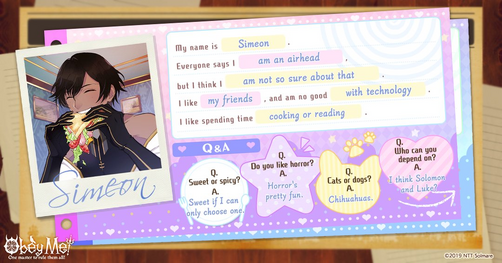