< Piano Timbre for You
View source 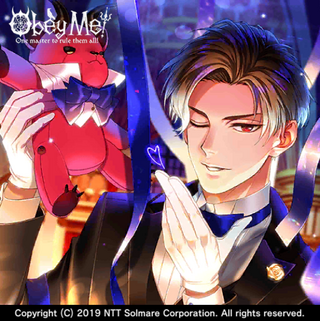 DDSimeon Music is the best.

MC, Levi, and Asmo are in the common room playing a game called Devil Crossing on the D.D.D. together. Mammon wants to know what they are playing, and after Levi explains, Mammon would like to play too. Then Lucifer enters the room, asking to have a word with MC. In the entrance hall, he asks MC if they want to go to town with him to buy a record.

L3V1 It's an anime song masterpiece...

Lucifer takes MC to a store which has a selection of music from all three worlds. They go to a listening booth to listen to the record he is looking for. Depending on the choice, MC can listen to it alone or together with him. After listening to it, Lucifer wants to know what MC thinks of the music. He then also asks what MC's personal taste in music is: popular music or old songs. No matter what MC says, Lucifer is interested in their answer.

Belphie It happened a few centuries ago...

Lucifer then hears a song playing in the store that brings back memories for him. The song, titled "The Demon’s Night", is from a movie of the same title. Lucifer used to play it on the piano for Belphie as a lullaby whenever he had trouble falling asleep. The moment Lucifer started playing, Belphie would fall into a deep slumber. MC can ask Lucifer to play the piano or comment on the story about Belphie.

When MC and Lucifer return home, they go to the music room where Lucifer then plays the piano. He feels a bit embarrassed about being out of practice, but MC likes his playing anyway. He then asks MC if they have ever played the piano before and invite them to play with him, telling MC what keys to hit while trying to maintain a rhythm. Lucifer tries to teach MC more and more of the song, but halfway through MC stops playing to kiss him, hold his hand, or applaud him. Afterwards, Lucifer says he might want to play the piano more in the future and MC can tell him either that they like the idea or that they want Lucifer to only play for them. They then spend some more time together, either playing the piano or otherwise depending on the choice.