Obey Me! The Anime

< DevilTube
View source
watch 02:52
Roblox: DeepWoken - The Loop
Do you like this video?
Play Sound

"The Obey Me! characters are finally being brought to life in anime form!

"If you want early access to the anime, become an Akuzon VIP Member! You will be able to watch new episodes one week earlier!" 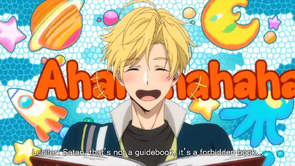 Description: The seven demon brothers and MC are in the planning stage for an upcoming family trip. However, as each brother makes their suggestion it's clear that their ideas focus solely on what each of them personally would enjoy.

A meeting in the dining room is taking place. Guidebooks cover the table and a tiny pink sheep is sitting on the tabletop on the opposite end from Lucifer's seat. There's going to be a family trip in the near future, and the seven brothers plus MC are in the "planning stage."

Lucifer asks MC where they would like to go, but Mammon interjects and suggests an all-day casino tour so he can "lay down some nice bets." Leviathan points out that would not a family trip, saying instead he wants to "go to a new village and speak to all the townsfolk." Mammon tells him to just do that at home with a video game, but Leviathan replies that he can't because Mammon sold his copy of the game that he's talking about.

Satan wants to know why they can't just have a normal family trip and do something like visit a hot spring, but Asmodeus rejects the idea, saying that if his skin were made any more beautiful it would "block out the stars and night would cease to be." Ignoring Asmodeus's antics, Satan suggests just looking at a guidebook and picks one up from the table, but suddenly starts asking if anyone wants to play hide and seek. The book he'd picked up was not a guidebook, but instead "The Forbidden Book of Toddlerization."

Beelzebub continues the discussion of destination ideas, saying that they should have a food tour of local restaurants, visiting at least 17 in one day. Belphegor instead suggests a nature trip, which surprises both Leviathan and Beelzebub, but they then realize that Belphegor is actually just talking in his sleep.

Mammon asks MC which idea they like the best, leading to each of the brothers asking MC about their different ideas, but Lucifer angrily cuts them off because he doesn't want them to put so much pressure on MC. The brothers ask what Lucifer thinks a good family trip would be, and he replies with the suggestion of a factory tour. Everyone agrees that is "the most boring idea yet," and the episode ends with the destination for their family trip still up in the air. 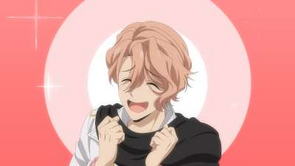 Description: Due to his siblings' poor test results at the Royal Academy of Diavolo, first-born Lucifer calls for a family study group in an attempt to up their average. However, his brothers fail to take the study session seriously and instead waste time playing games on Mammon's D.D.D. 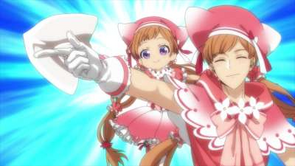 Description: Leviathan cosplays as his favorite character Ruri-chan in the privacy of his room, only to have said privacy invaded by his younger brothers Beelzebub and Belphegor who want to hang out and play video games. Unable to change in time, Leviathan does his best to keep his cosplay a secret. 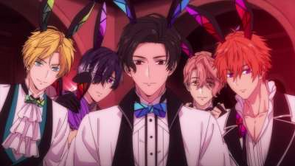 Description: The brothers are dressed up as bunny boys and working in a cafe where patrons can give their favorite bunny boy a carrot. However, you don't have quite enough carrots for everyone, and when it comes down to the last one it's every bunny boy for themselves in a battle for the final carrot. 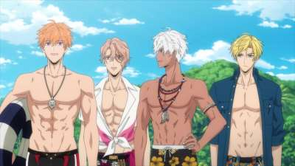 Description: The brothers get to enjoy some time at Lord Diavolo's private beach, but Mammon's focus is solely on taking a photo of a shirtless Lucifer so he can sell it to make some extra grimm. The day passes in one thwarted attempt after another, but Mammon is bound and determined to succeed.

Ep. 5: Princess Asmodeus Is in Another Castle 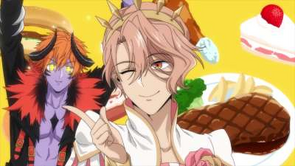 Description: Within a fantasy RPG setting, final boss Beelzebub has captured the Princess Asmodeus. It's up to the heroes Leviathan, Satan, and Belphegor to defeat the final boss and save the princess. However, Princess Asmo has some very specific ideas of exactly how that rescue should be performed. 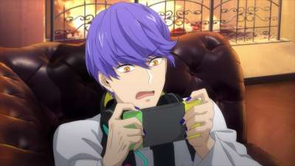 Description: Ever the fan of detective and mystery novels, Satan takes the opportunity to show off his crime-solving skills to solve a few whodunit mysteries among his brothers. His capable skills backfire, however, when a case is presented to him where he doesn't feel too keen on exposing the perpetrator. 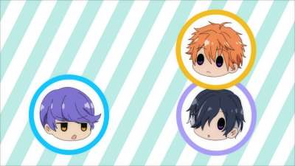 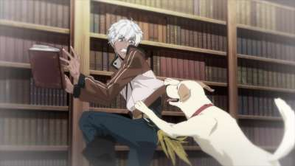 Description: Mammon finds the "Forbidden Book of Body Switching" and plans to use it for some mischief, but when a random dog interferes Mammon is certain everyone in the House of Lamentation will make fun of the results. He ends up shocked, however, when the opposite happens. 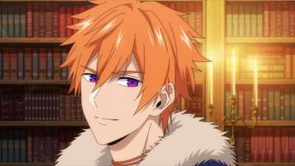 Description: Beelzebub, Belphegor, and Asmodeus are exercising in the library of the House of Lamentation when disaster strikes. Fearing Lucifer's anger, each of the three try using any excuse they can think of to avoid being the one to tell their older brother what happened. 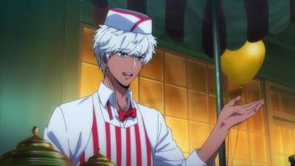 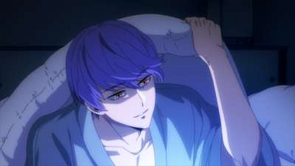 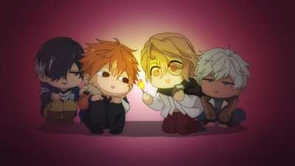