< Being the Oldest
View source 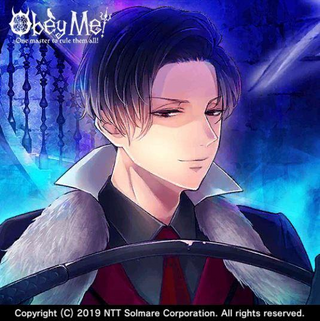 Barbatos expresses his thanks to the demon brothers for hosting a garden party for him. Asmo then pours a horn of Demonus for Barbatos, Levi serves the food, and Beel cuts the cake. The Demonus soons runs out and Mammon offers to get more. Satan prevents him, saying that he would take the opportunity to steal things, and goes in his stead. Diavolo comments on how thoughtful everyone is today, teasing Lucifer about his training having worked. However, before long, the demon brothers are back to their usual self and treat Barbatos as per normal, causing Lucifer to become angry.

Lucifer Oh, this is my favorite...

Lucifer has finally had enough and reveals his demon form to yell at his brothers. They then turn silent and Asmo replies with a weak apology. Lucifer then asks about Levi's whereabouts and Satan informs him that he's in a guest room gaming. Barbatos then returns with more food and drink for and Mammon tells Lucifer to relax. The rest of the brothers then return to acting like how they did before Lucifer scolded them, causing him to reveal his demon form again, but Diavolo tells him to contain his anger. Barbatos agrees and says that he feels more comfortable with duties to perform, and Lucifer reluctantly agrees. Lucifer then questions if his brothers' misbehaviour is due to his poor teaching.

stn What have I done?

Diavolo tells Barbatos to relax for Lucifer's sake and to let the staff do the work. Asmo then comes over to join in the conversation, snuggling up against Diavolo. Levi complains about not having anyone to play games with and asks Satan to join him, and Mammon announces that he'll be taking and selling the limited edition empty red Demonus bottles they finished. Lucifer sighs and reminds them that they are in someone else's house, but Diavolo laughs and says that he enjoys his guests making themselves comfortable in his home. Satan then yells at Levi for not telling him about the secret maneuvers in the game and turns into his demon form. Lucifer quickly uses magic to stop Satan from starting a fight and chides him for acting on his wrath so easily.

monSOLO He's got a good brother...

The demon brothers have fallen asleep and as a result, the night is quiet. Lucifer now hopes to have a drink with Diavolo but observes that since both he and Barbatos are gone they'd probably returned to their rooms. Lucifer then hears Beel sleeptalking and looks for a blanket to cover him up, nearly slipping on a bottle of Demonus before Levi yells that "Lucifer won!" It turned out to just be sleeptalking. Diavolo then comments on how calm and content Lucifer looks, and Barbatos agrees, stating that he can feel Lucifer's affection for his brothers. Lucifer is surprised by their appearance but quickly denies that he feels affection for his brothers, stating that he simply views it as his duty as the eldest to clean up their messes. Diavolo ignores this statement, saying that they're lucky to have Lucifer as an older brother. Lucifer expresses doubt at the idea but Diavolo reassures him, and the conversation ends.