< A Sacrifice for Mammon
View source 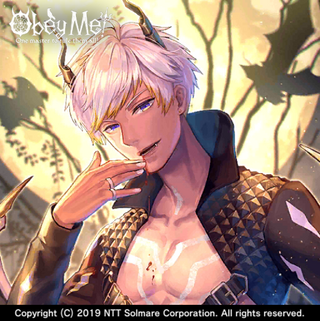 Belphie What a total tsundere.

An alternative setting to When Vampires Go Bad, Mammon explains to MC that they’ve been chosen by witches as a sacrifice for him, the second of the Devildom’s seven vampire brothers. They’re supposed to be his next meal but Mammon complains that MC doesn’t look tasty so he’s not going to eat them. Beelzebub shows up and considers MC fine enough for his meal but Mammon doesn’t let him eat MC because MC is his. Beel notices that MC seems to be important to Mammon but Mammon disagrees, stuttering.

Angeluke Wait! Is this ok?

Mammon lectures MC that it’s a big honour to be chosen as a sacrifice for him. He also tells them to be quiet, as food is not to be heard, but still doesn’t want to bite them, in spite of the fact that he’s hungry. Even if MC insists, Mammon still refuses, but doesn’t let them go back to the human world either as they belong to him now.

Mammon tells MC to come closer. A complaint slips that they smell nice and tasty, but he immediately takes it back. MC has a choice to call him annoying, call him a tsundere, or taunt him by asking if they smell good or not. If they taunt him, he repeats that they do, just to take it back immediately and claim that he doesn’t want their blood at all. He drifts off during the exchange due to hunger. MC can then kiss him or give him their blood.

LordDiavolo Oh yes, you can tell he lik...

Mammon is surprised by MC’s action. MC can then tell him not to run away or tell him to do to them whatever he wants, which makes him flustered and he forbids them from saying something like that to anyone else. Mammon starts explaining that it’s not a coincidence that MC was specifically chosen, but stops mid-sentence and doesn’t finish the thought - he wants them to figure it out on their own. Mammon struggles against the temptation again, but finally gives up resistance and admits he was only pretending not to want MC’s blood. MC can then ask him to drink from their lips, neck, or wrist.